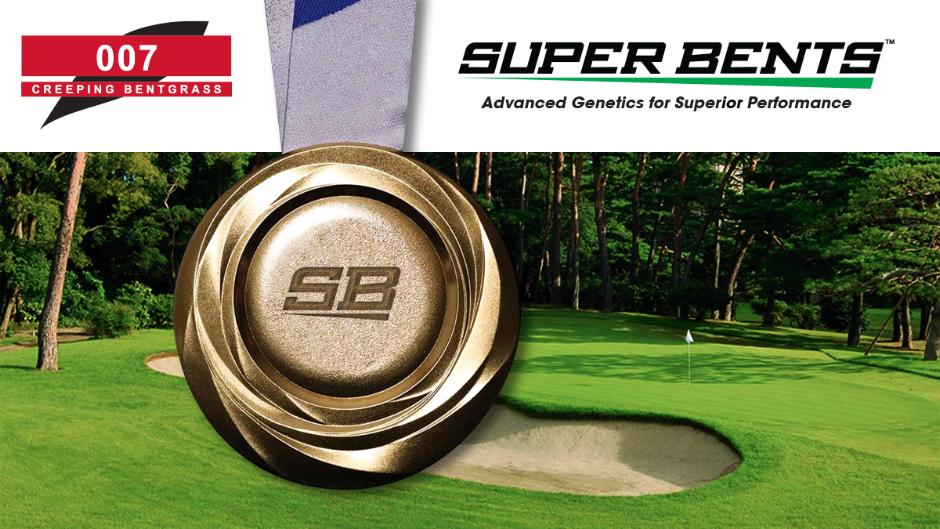 at this year's Tokyo Olympic Games players, fans, and commentators are raving about the great conditioning and pure putting surfaces

Both the men’s and women’s golf tournaments will be played at the East Course at Kasumigaseki Country Club. Kasumigaseki (pronounced Ka-soo-mee-ga-se-kee) is a private course 35 miles north of Tokyo that was redesigned by Tom and Logan Fazio in 2016, which included a total greens renovation.

007 Creeping Bentgrass was selected for all greens because of its exceptional density, uniformity, color, and stress tolerance.  The golf course superintendent, Mr. Mamoro Shoji (pictured above), has been very pleased with 007 and noted how easy it is to manage and how well it holds up under the summer heat.  All reports suggested the greens would be in perfect condition and ready for Olympic play and they have delivered.

When asked about the condition of the greens "The Champion Golfer of the Year" Colin Morikawa had this to say, "The greens are just spectacular" "The greens are as pure as they're going to get".

~Click HERE to read more about what other members of Team USA had to say about the conditioning of the greens, ahead of tournament play.

~Click HERE to watch a short video about Kasumigaseki Country Club, the oldest 36-hole golf course in Japan (founded in 1929).  Most notably, it was the site of the 1957 Canada Cup where the Japanese team of Torakichi Nakamura and Koichi Ono upset the American team of Jimmy Demaret and Sam Snead.  This was the first golf tournament to be televised in Japan, and the exposure and home team win are credited with starting Japan’s golf boom.

~Click HERE to watch Mr. Shoji explain the Japanese way of getting the basic things right and caring about the small details, which is reflected in their decision to use the best creeping bentgrasses.

~Click HERE to read more about the history and testing that made 007 the choice for Kasumigaseki Country Club.

~Click HERE to learn more about the rest of the SUPER BENTS™ and how our advanced genetics are raising the bar for performance on greens, tees, and fairways.